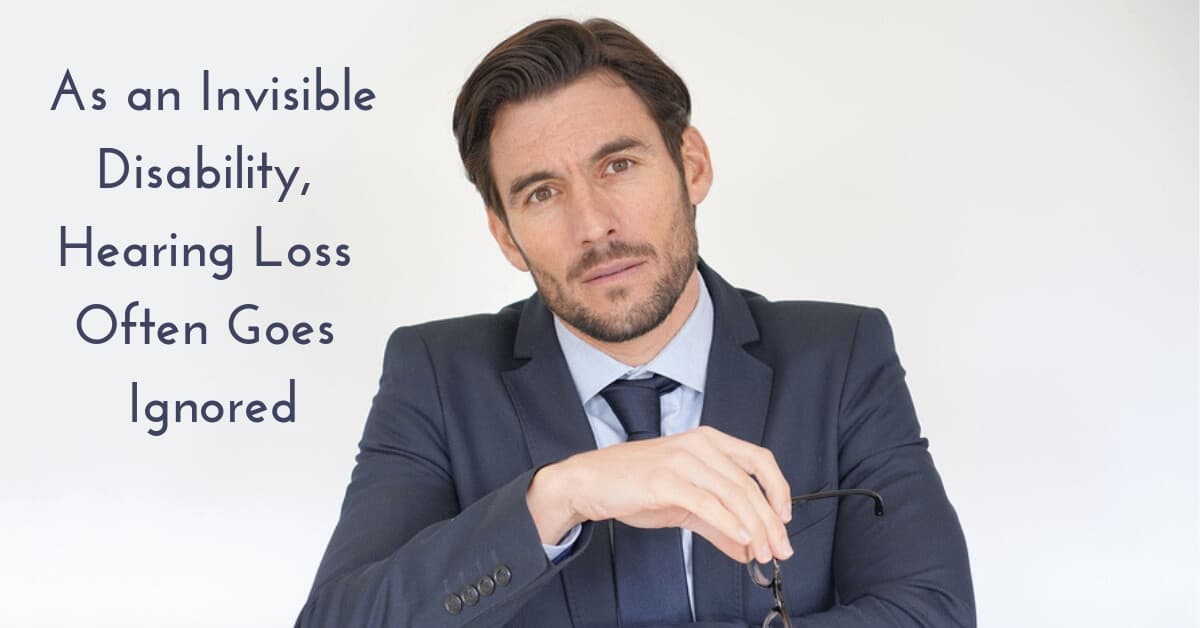 It’s really easy to ignore hearing loss. No one can see it, you often don’t often pain when experiencing loud sounds and the damage is often slow and gradual. This leaves individuals to continue living the life they always have in the meantime. They go to loud concerts and sit in large crowds of cheering fans. They use machinery like leaf and snow blowers without hearing protection.

Because of the lack of pain, we don’t feel that urgency to treat hearing loss than, say, a stubbed toe. When you hurt your foot, your body wastes no time in letting you know where the pain lies. But as you stand in front of the speaker at a rock concert, you might feel nothing in the ears.

But permanent damage is being dealt, and it is becoming more prevalent among us. Approximately 17% of the American adult population has some degree of hearing loss. Additionally, the likelihood increases with age, rising to one third of Americans between 65 and 74 and nearly half of those over age 75. This makes hearing loss the third most common chronic health condition facing older adults in the US. And as our population continues to age, individuals with hearing loss will rise accordingly. It’s estimated that by 2030, those over 65 will expand up to 19.3% of the population. As our population ages, hearing loss is expected to reach unprecedented levels.

With such a growing problem you would think that more people would seek help earlier but this is not the case. Only 20% of those who might benefit from treatment are actively seeking help, with most of the others choosing to wait until the problem becomes unbearable.

Why we ignore our hearing loss

On average hearing aid users wait over 10 years after their first hearing test result before they are fitted with hearing aids. What is the reason for people choosing to wait so long before seeking treatment? Two reasons spring to mind:

The first-time people notice their hearing loss is when they find it difficult to understand their friends in noisy places like cafes and restaurants. This happens so gradually that people tend to blame their lack of hearing on other forces before finally realising the problem is with their own ears. They might complain that the music is too loud or that their friends don’t speak clearly enough. But the hearing loss is often noticeable to close family members. In fact, it is often the life-partner who is the first to raise their concerns long before the individual chooses to admit it. It is this slow ebbing away of hearing that allows many people to overlook their hearing loss for years or even decades.

Many people with hearing loss would rather no one know about it. They see it as one of many signs of physical decline as we age. Those who value their independence are especially prone to this train of thought. This makes it easier to let the problem sit in the back of the mind, hidden from view. But there are things you can and should do about it.  And the longer you wait the bigger the problem becomes.

The effects of untreated hearing loss

Visit Us at Coweta Hearing Clinic

If you suspect you have hearing loss, schedule a hearing test with us at Coweta Hearing Clinic. Hearing loss is a problem that is likely to get worse the longer it is left untreated. Early identification is the key mitigating its harmful effects on long-term health and quality of life. To schedule an appointment, contact our team today!