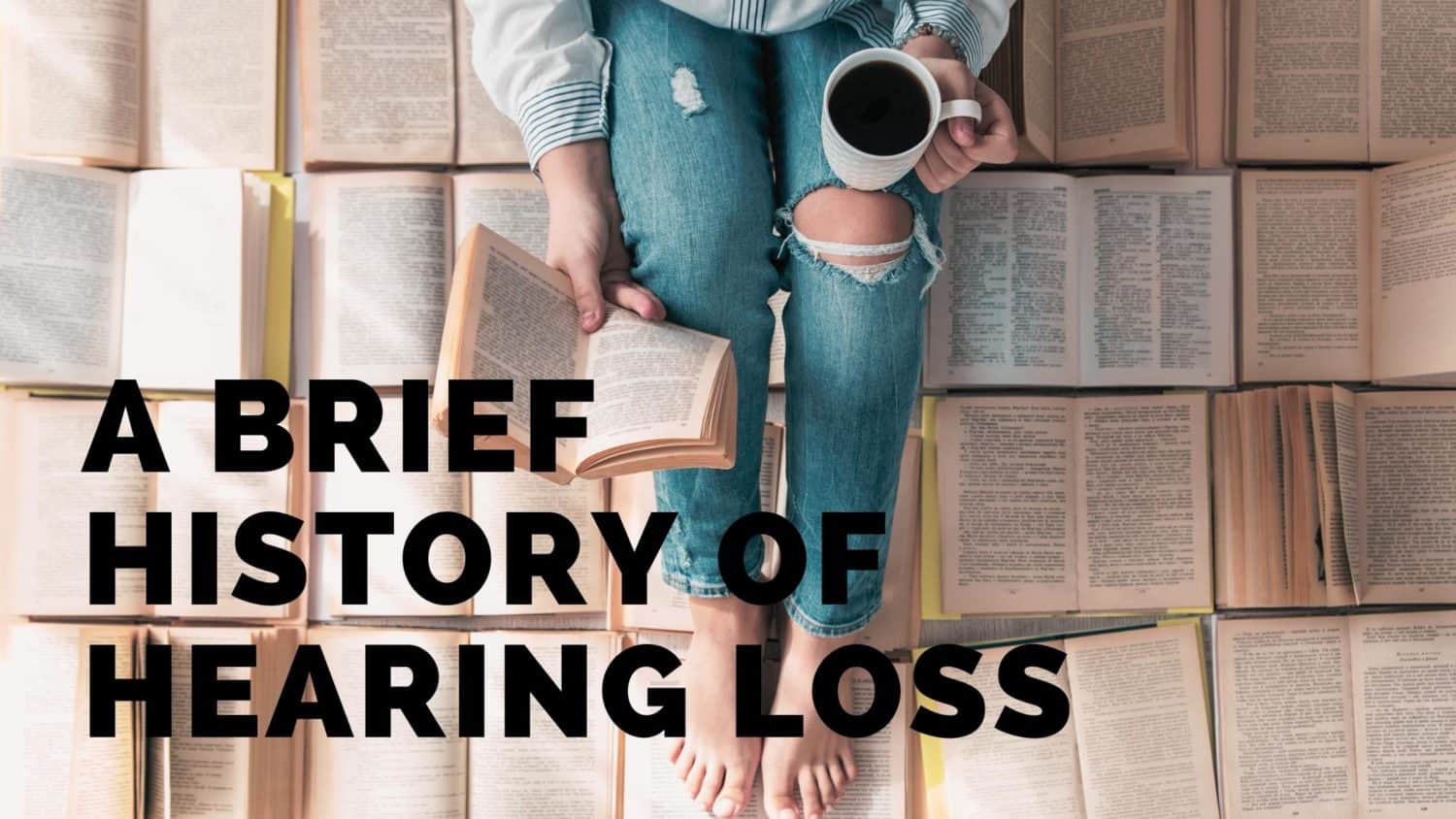 Some of our earliest evidence about hearing loss comes from the skeletal remains of ancient people who lived at least 10,000 years ago in what we now call Iraq and Kurdistan. There, remains of our human ancestors were found in Mount Bradost, an archaeological site. Some of these humans had bony growths in their ear canals—a condition called auditory exostoses—which, in severe forms, can impact people’s abilities to hear.

References to hearing loss were also made in ancient Egypt. A remedy for “Ear that hears badly” calls for injecting olive oil, ant eggs, goat urine, bat wings, and red lead into one’s ear. We’re not sure how well that would have worked!

Hearing loss in the early-to-middle ages

People who were deaf and hard of hearing were long considered unintelligent or too simple-minded to be adults. In the Western world, these beliefs date back to the teachings of Greek philosophers such as Plato and Aristotle in the 10th century. Their suggestions that reason and Rationality were only available to those who could speak shaped much of The Enlightenment’s thinking about physical ability and notions of adulthood and humanity.

These beliefs, in turn, negatively impacted the livelihoods of many people who could not hear according to “normal” standards. School children were segregated from the average population but not afforded resources to help them learn on their terms; people could not secure work (and when they did, it was often unstable).

There were, of course, exceptions to the rule. However, there are several examples of people who advocated for the deaf and hard of hearing community. The development of sign languages is traced to communities that were selectively mute, such as monks in ancient Burgundy, a region in France, who took a strict vow of silence but developed complicated signs to communicate with one another. Their sign language formed the basis for fingerspelling tactics that were later invented in Spain at the first deaf school, which Benedictine Pedro Ponce de Leon started in the 1500s. His progressive attitudes toward the deaf challenged longstanding conceptions that the deaf were not smart enough to gain salvation under Christian doctrine.

Towards the end of the century

Globally, different deaf cultures emerged and developed complex methods for communicating. These communities were often fostered in deaf schools that came to be established and which took deaf and hard-of-hearing people seriously as possessing complex communication and reasoning skills.

Throughout the 1700s, there were advancements in hearing technologies, and we started to see the first uses of ear trumpets which amplified certain sounds. While there were long periods—hundreds of years—where hearing aid technologies came and went, depending on cultural and societal norms of the time, we have experienced a rush of development around hearing assistance technologies.

In 1940, electronic hearing aids were first developed to assist people with some levels of hearing. Since then, we have expanded into ever more advanced and ever-smaller hearing aid devices. The deaf and hard of hearing community has simultaneously developed distinct cultural formations around hearing in and of itself. Some people of these communities, for example, do not believe in invasive hearing aid assistance, such as the use of cochlear implants. For these people, deafness is an essential personal, cultural, and political identity that should be maintained.

The history of ideas around hearing demonstrates the rich and complex ways people have formed individual and collective identities worldwide. Our technologies used to communicate with those with different hearing abilities, including the development of sign language and hearing aid devices, have changed over time. As they have become more advanced and complex, our ideas about what makes a human being too.

Experience the advancement of hearing instruments and testing first-hand! Contact us today to schedule a hearing test and learn more about the latest hearing aids.