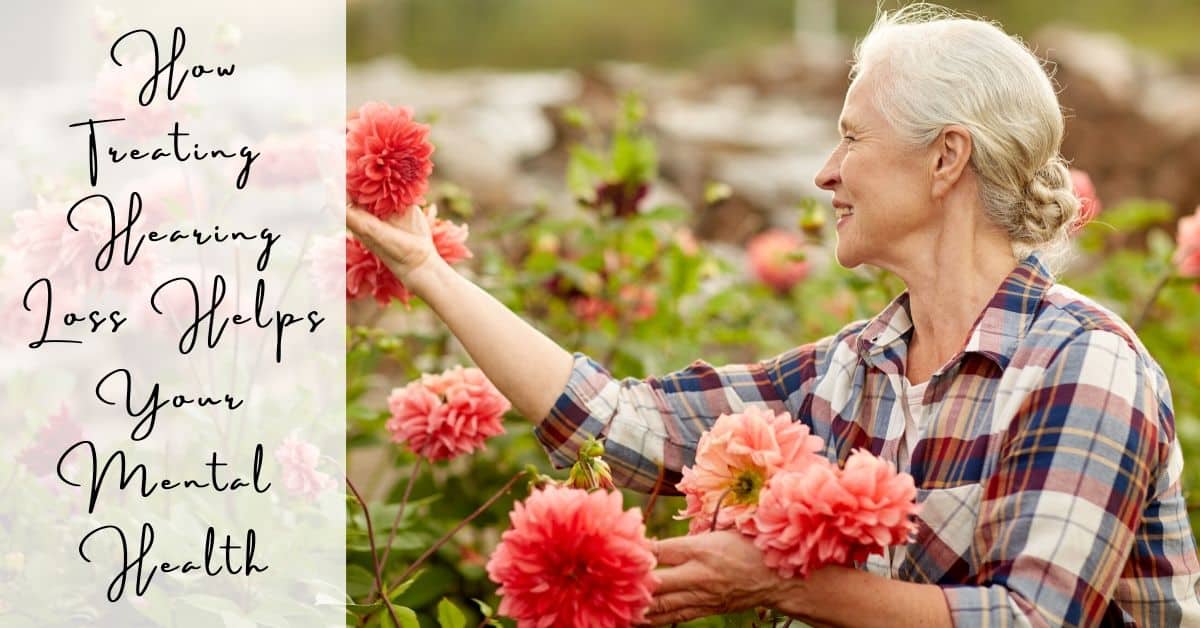 Through myriad studies conducted over the last 20-30 years, research draws conclusive links between hearing loss and loneliness, social isolation, and depression. Intuitively, we understand that decreased hearing ability makes communication more difficult, and therefore we have to weigh our desire to connect with people against our knowledge of how strained and difficult it may be to try to converse. Well, it turns out that most of us end up more lonely as hearing loss becomes more profound.

An Italian study looked at adults age 35 – 55 who were still in the workforce but suffered mild to moderate hearing loss. It was determined that this group of people were more susceptible to depression, anxiety and social problems than those with normal hearing.

A study from 2014 showed that people with hearing loss of all ages were more likely to be depressed, with the greatest likelihood of depression showing up in those aged 18 – 69.

There is good news, however. Hearing aids can turn this trend around, making a person better-equipped for social situations and thus more likely to engage more often, and for longer. About 85% of those who get hearing aids report being satisfied with the way hearing aids have changed their lives. Being able to engage with people in the way you’re used to, with normal hearing, turns out to do a lot more than just make conversations a little easier.

Hearing loss is exhausting, and exhaustion means we end up cutting our social engagements short or failing to enjoy them as much as we could. Since hearing loss is associated with aging, many people suffering from mild to moderate age-related hearing loss might reasonably assume they’re getting tired as a separate aspect of getting older. However, hearing aids can reduce the difficulty in keeping up with a conversation that results in this exhaustion, and keep you more socially engaged more often. You’ll be doubly pleased to know that your energy levels aren’t as low as you thought, they were just being depleted faster!

As hearing loss becomes more problematic, people tend to get frustrated, angry, and dissatisfied with their quality of life. Anxiety, paranoia and depression can set in. Trying to communicate with hearing loss is a bit like being in a country where you don’t speak the language: every interaction is more difficult, and you might start to avoid them altogether. As we shy away from social opportunities, we become lonely. It’s a terrible trap that it can seem hard to get out of. More and more research on loneliness, itself, indicates that the effects of prolonged loneliness are as physically damaging to a person as smoking 15 cigarettes a day. Hearing aids can help us get out of the trap. They help us to feel stronger, more independent, and more socially engaged.

There’s also evidence to suggest that hearing aids boost our confidence in ourselves. Whether we mean to or not, it’s easy to start to internalize the blame for the communication problems that hearing loss can cause. People can start to think of themselves as less capable and develop habits of self-critical thinking, both about their hearing loss and in other areas of life. The Better Hearing Institute conducted a study that found that, once people with hearing loss adopted the use of hearing aids, they felt better about themselves and life in general: more confident, less self-critical, and generally happier.

Hearing aids also vastly improve our relationships with friends, family and spouses or partners. The day-to-day miscommunications can really add up in a close relationship and make us feel more distant, whether we’re the one suffering from hearing loss or not. Seven out of ten people who got hearing aids reported improvements in their relationships.

Start with a Hearing Test

If you’re dealing with untreated hearing loss, make an appointment for a hearing test today. The changes that hearing aids can make in your life are so important and far-reaching, you owe it to yourself as one of the most critical aspects of maintaining your sense of well-being. Modern hearing aids are technological marvels, with the ability to be programmed specifically for your hearing loss profile, to integrate with Bluetooth and other technologies, to reduce background noise while emphasizing speech, and even to help alleviate tinnitus (ringing in the ears). Several types of hearing aids are available to suit many different lifestyles, so talk to our team today about what’s the right next step for you.