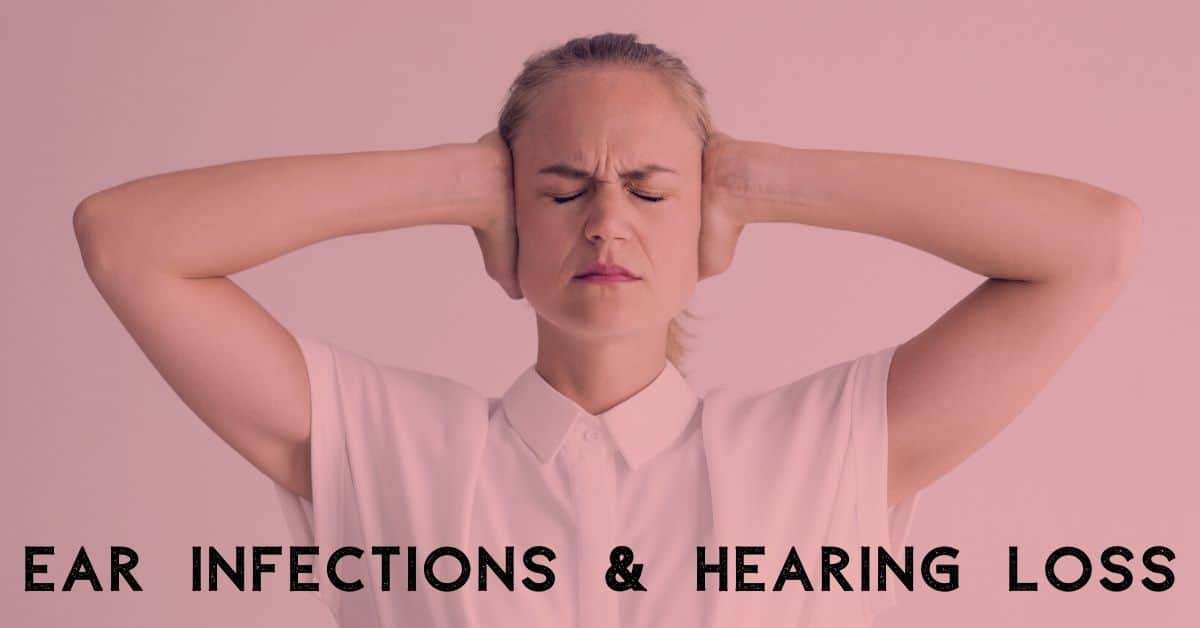 One of the most common reasons parents bring their children to the pediatrician is the dreaded ear infection. Most kids will have an ear infection at least once in their lives, and some are more prone to them than others. While they can be painful and even cause hearing loss, the good news is that they are highly treatable and the hearing loss is almost always temporary.

Parts of the Ear

Our ears have three main sections: outer, middle and inner. The middle ear, where most ear infections occur, is just on the inner side of the eardrum and contains the malleus, incus and stapes (the three tiniest bones in the human body, each the size of a grain of rice). These sit inside a chamber which is connected to the throat via the auditory tube (formerly called the Eustachian tube) to allow for pressure equalization. The objective of the middle ear is to prepare sound information that reaches it from the outside world to be transferred from the air to the liquid inside the cochlea, which in turn allows the cilia inside the cochlea to convert it into electrical impulses to be sent to the brain.

The reason that children are so susceptible to ear infections has to do with their auditory tubes. In adults, the auditory tubes are angled more, and gravity acts on them in such a way that material is pulled from the middle ear into the throat. Children’s auditory tubes are more horizontal, so material is more likely to get trapped there. Additionally, children’s immune systems are less developed than those of adults, so they are less equipped to fight off an infection once they have it.

Ear infections are always preceded by a cold or other respiratory infection. Because of the horizontal angle of children’s auditory tubes, this infection is more easily transmitted from the upper respiratory tract into the middle ear. In fact, it is the auditory tubes’ proximity to the tonsils, also increased in children, which leads some doctors to recommend tonsillectomy in cases where children suffer frequent infections.

Middle ear infections, or acute otitis media, become more painful and cause hearing loss when fluid becomes trapped in the middle ear. This can happen subsequent to the actual infection, or can occur at the same time as the infection spreads. The fluid limits the mobility of the eardrum and the tiny bones in the middle ear, translating to hearing loss. Thankfully, hearing returns to normal once the fluid is removed from the middle ear.

Most doctors recommend treating the pain and allowing the patient’s immune system to fight the infection on its own. This is because fighting infections is what causes our immune systems to develop as we mature, which is part of the reason adults suffer fewer ear infections than children in the first place. Antibiotics can also strip our guts of helpful bacteria and put our bodies out of balance. Called the “microbiome,” research is increasingly showing just how essential these healthy bacteria are, with consequences of unhealthy balances ranging from medical illnesses to mood disorders.

Additionally, antibiotics are effective only for a time until populations of bacteria become resistant to them and require the development of new antibiotics. This process is expensive and a strain on an already taxed health care system. Furthermore, excessive use of antibiotics could lead to strains of bacteria that are resistant to any antibiotics: so-called “super-bacteria,” which would then pose life-threatening risks.

If an ear infection doesn’t clear up on its own after a few days, a doctor will usually prescribe amoxicillin. If a child frequently suffers from ear infections, and especially if these infections are accompanied by temporary hearing loss, an otolaryngologist will likely recommend “ear tube surgery.”

A normal-hearing child who is routinely, temporarily deprived of hearing ability can have difficulty keeping up in school, not to mention the problems with attention and focus that are caused by the pain and pressure in the ears. Ear tube surgery is less common nowadays but is still employed when ear infections are very frequent. The surgeon puts a small incision in the eardrum, through which they then insert a tube. This tube equalizes the pressure between the outer and middle ears and allows fluids to escape, in cases where the auditory tube is not functioning normally. This can reduce the temporary hearing loss of an ear infection while also allowing for a faster recovery.